Final evaluation of Pe.R.Co.rrere: resilience of communities in Center Italy

The seismic sequences that hit Central Italy (Abruzzo, Marche, Lazio and Umbria) between August 2016 and January 2017 produced huge human and material losses, the effects of which continued over time. Population residing in the affected area is still experiencing a very difficult situation linked to numerous material and immaterial conditions, including the slowness of the reconstruction process. This situation forces many people and families to live in emergency housing solutions module and has caused post-traumatic symptoms in the inhabitants, who experience adapting difficulties, parental problems, relationship problems and isolation. 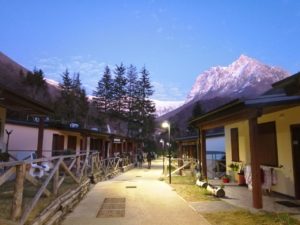 The project Pe.R.Co.rrere aims at promoting the recovery of the dimension of individual and social well-being of the communities of Amatrice, Accumoli, Arquata del Tronto, Camerino, Borbona and Alto Nera. By increasing the active participation of citizens in different aspects of the process of reconstruction and enhancement of local and personal resources, the project aims at processing the trauma caused by the seismic phenomenon in local communities.

The project includes multiple activities aimed at girls, teenagers and adults, with particular attention to school and the educational community.

To understand the impact and which results has been achieved by the intervention in the 18 months of implementation, ARCO Researchers were involved to carry out the final evaluation of the project.

ARCO Researchers, together with the ActionAid, elaborated the Theory of Change from which they chose the evaluation strategy and tools to carry out the final evaluation. The Theory of Change is a tool that allows to clarify what kind of change can be generated from determined activities and how the expected results, specific objectives (outcomes) and general objectives (goals) will be produced.

In January 2020, ARCO Researchers carried out a field  mission to visit areas of intervention, met with the referents and project operators and involved a sample of beneficiaries.

To fully understand the peculiarities of the changes generated and the transformative actions triggered by the project in the beneficiaries and in the main stakeholders, Researchers chose a participatory and qualitative methodology, combined with the pre-post analysis of the data collected through questionnaires administered before and after specific activities of the project, and to the desk analysis of the project documents.

Read more on our M&E and Impact Evaluation Unit